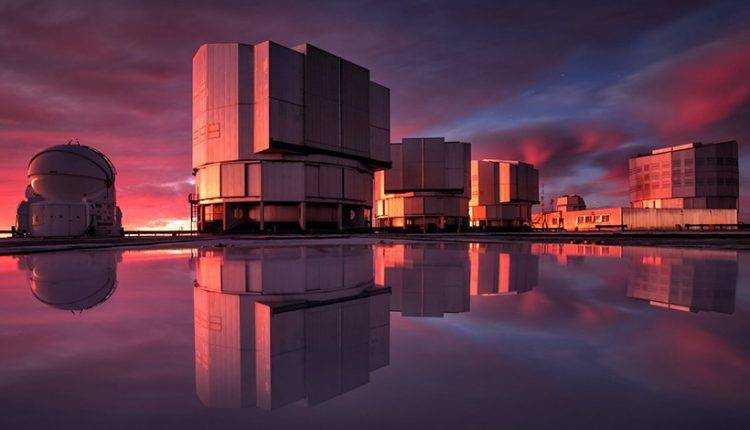 
When the European Southern Observatory (ESO) chose Cerro Paranal, a 2,664-meter mountain in Chile’s Atacama Desert, to house its Very Large Telescope (VLT), it touted the location as “the best continental site. known to the world for optical astronomical observations. , both in terms of the number of clear nights and the stability of the atmosphere above. “

Cerro Paranal remains one of the best viewing sites on the planet. However, he is not as pristine as he was when he was selected in 1990. A study published last September showed that temperatures have climbed and that the jet streams are more troublesome, which makes observations of distant stars, galaxies and exoplanets a little more blurry.

“The main motivation for this study was to make the astronomical community aware that climate change has an impact on the quality of observations,” said Faustine Cantalloube, astrophysicist at the Laboratoire d’Astrophysique de Marseille and lead author of the report.

“In the long term, we are concerned about how climate change will affect the viability of some viewing sites.”

“Since atmospheric conditions influence astronomical measurements, it is important to prepare for any climate change,” said Susanne Crewell, co-author and professor of meteorology at the University of Cologne. These preparations are all the more relevant as ESO is building the Extremely Large Telescope (ELT), a 39-meter monster that will be the largest telescope in the world, on a summit about 20 kilometers from Paranal. ELT should be a “workaholic” for decades, Crewell said.

Astronomers are just beginning to wonder how these changes affect observations, or might affect them in the years to come. Potential problems include reduced “vision” – the clarity with which a telescope observes the universe – as well as an increased risk of forest fires and a need for more energy-intensive air conditioning to keep telescope mirrors cool.

“In the long term, we are concerned about how climate change will affect the viability of some observing sites,” like Paranal and others in Chile, said Travis Rector, astronomer at the University of Alaska Anchorage and chairman of the American Astronomical Society Sustainability Committee. “Will we be enjoying the same quality viewing conditions many years from now?”

VLT evaluation as a test case

Paranal is the first observatory for which scientists have studied this question. The Cantalloube team compiled over 3 decades of weather observations made at the site, including temperature, wind speed and direction, and humidity. The study also included a reanalysis of information from two European climate databases dating back to 1980.

The recordings revealed a temperature increase of 1.5 ° C during the study period. The change is significant because the domes of the VLT are cooled during the day to match the expected ambient temperature at sunset. If the telescope’s mirrors are hotter than the air temperature, heat waves ripple above them like those over a desert highway on a summer afternoon, blurring the view.

The VLT’s current cooling system was designed to maintain a temperature of no more than 16 ° C, because when the telescopes were designed, sunset temperatures exceeded this value about 10% of the time. In 2020, however, they did so about a quarter of the time. As a result, Cantalloube said, the air conditioning capacity, as well as the cooling capacity of many telescope instruments, will need to be increased in the future as the temperature continues to rise (perhaps up to 4 ° C). by the end of the century., according to some models).

The study also found that changes in the jet stream cause periodic increases in wind shear in the upper troposphere, particularly during El Niño events, creating a blurring effect known as a wind-driven halo. . The VLT’s 8-meter four-component telescopes are equipped with adaptive optics, which use lasers and deformable mirrors to create and focus an artificial “guide star” in the upper atmosphere, compensating for most of the blur. But the turbulence due to the wind shear makes the operation of the system more difficult. This is especially troublesome for efforts to image exoplanets, which require both high resolution and high contrast, the study noted.

“Monitoring weather parameters on site is one way to get the most out of the telescope’s time with an appropriate observation schedule,” Cantalloube said. For example, “some observations are less affected by humidity and others more, so if we know the atmospheric moisture content in advance, we can plan observing programs accordingly.”

Cantalloube said his team continues to assess data from Paranal while expanding its work to study conditions at key observatories in Hawaii, Arizona and the Canary Islands.

Last August, a fire on Mount Hamilton in California burned down one residence and damaged others at Lick’s Observatory and barely missed some of the telescopes.

Threats on the ground

The rector notes, however, that the climatic challenges are not limited to the quality of the view. “The most obvious threat is forest fires,” he said. “In recent years, we’ve seen several major fires approaching observatories, particularly in California.”

Last August, for example, a fire on Mount Hamilton in California burned down one residence and damaged others at Lick’s Observatory and barely missed some of the telescopes. A month later, another fire threatened the Mount Wilson Observatory near Pasadena. Australia’s Siding Spring Observatory lost its flag to astronomers and other structures in 2013, and the country’s Mount Stromlo Observatory lost several large telescopes in 2003.

“Many observatories are remote, their access is limited, so it can be very difficult to defend them against forest fires,” said Rector. “This is the greatest threat.”

A proposed solution to climate change could actually cause more problems for astronomy, Rector said. Some climatologists have suggested that injecting aerosols into the upper atmosphere could reduce the amount of sunlight reaching the surface, possibly reversing the warming trend. However, it would also reduce the amount of light from stars and other astronomical objects reaching the surface. “The sprays are probably best kept as a last hello Mary,” Rector said.

Cantalloube and others have said astronomers must also reduce their own carbon footprints by reducing travel, reducing their reliance on power-hungry supercomputers and taking other steps. “Technological developments can cope with these subtle effects of climate change,” Cantalloube said. “I’m more concerned about how far we’ve come: how can we make our observatories greener?”

This story is part of Covering Climate Now’s cover week focusing on “Living Through the Climate Emergency”. Cover the climate now is a global journalistic collaboration committed to strengthening coverage of climate history.