Ecoslops 2020 annual results: Significant strengthening of the economic model following the launch of Scarabox®; The 2020 fiscal year marked by the Covid-19 health crisis


Ecoslops, the cleantech company that brings oil into the circular economy, announces its results for the fiscal year ended December 31, 2020, as approved by the Board of Directors at its meeting on April 8, 2021.

The group as a whole has been strongly impacted by the Covid-19 health crisis and its repercussions on the price of petroleum products.

After the first two months of very good activity in early 2020, after 2019, the health crisis quickly had the following consequences for the rest of the year:

At the same time, the group decided to maintain or even increase its resources on current projects (Marseille, Scarabox®, design studies) so as not to jeopardize the future. The decrease in turnover and the corresponding gross margin therefore translates into an equivalent loss of EBITDA. 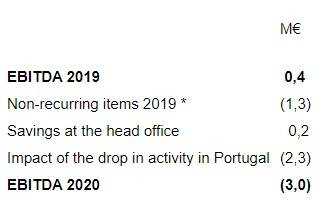 Non-recurring items in 2019 consist of € 0.6 million of capitalized production linked to the Marseille unit (project management assistance contract), € 0.6 million of investment subsidy over the years previous ones (IAPMEI grant) and 0.1 M € of FASEP grant (Egypt Project).

The group has succeeded in limiting the impact of this drop in activity on its cash flow. Despite an EBITDA of (3) million euros, it was able to contain its operating cash flow to (1.4) million euros.

On the other hand, and in anticipation of the future, 2020 was also marked by major advances in the development of the group’s strategy and its growth levers:

The renewal of the operating license for the Sines unit (obtained on February 25, 2021). This renewal was accompanied by the granting of a “Seveso Haut” storage permit allowing Ecoslops Portugal to increase its capacity from 5,000 m3 to 20,000 m3. This will allow the company to take a much more opportunistic and flexible approach to sourcing in the future;

Significant acceleration of the technical and commercial development of Scarabox® (new commercial name for Mini-P2R) in its final version. The group signed 3 letters of intent in 2020 (plus one in February 2021), one of which has already been transformed into a sales contract in March 2021 for a client in Cameroon. With many other perspectives, Scarabox® is a new strategic growth pole capable of quickly achieving as much turnover as our own factories in Portugal and France;

Continuation of investments in Marseille with € 9 million disbursed over the period and financed by direct debits in 2020: € 5 million from the European Investment Bank and € 6.5 million from the BNP Paribas / HSBC / Banque Populaire Méditerranée banking pool;

Continuation of studies on the three ongoing P2R projects: Antwerp, Egypt and Singapore.

Strengthening of the economic model of Ecoslops

With the launch of Scarabox®, the group’s development is now based on two activities instead of one. The P2R and the Scarabox® have in common to offer technical and economic solutions to the problems posed by the pollution of the air, water or soil by various hydrocarbon residues. They are the result of the group’s unique know-how in vacuum distillation and the regeneration of residues into genuine petroleum products, substitutes for the importation or manufacture of such products from crude oil. Due to their 100% circular nature, these solutions are both synonymous with saving C02 compared to what exists.

These two activities are complementary (know-how, teams, references, etc.) but largely independent in terms of development. P2R revenues are linked to oil prices, while Scarabox® revenues are based on the number of units sold and in service (largely or completely independent of oil prices). 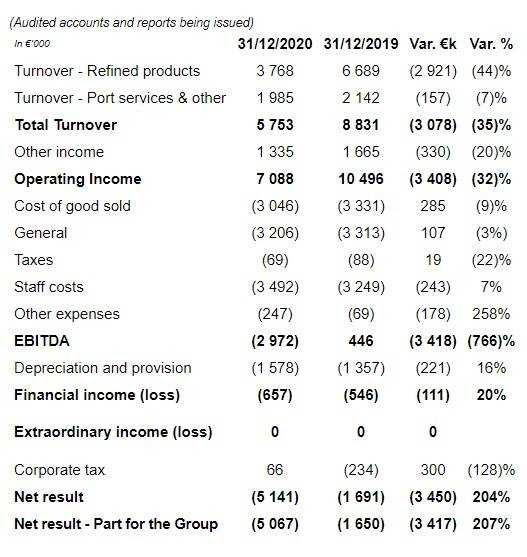 Purchases of goods and raw materials consist of slops for € 2.3 million and supplies for the manufacture of Scarabox® for € 0.7 million.

The 7% increase in personnel costs is mainly due to the full-year impact of recruitments made in 2019. 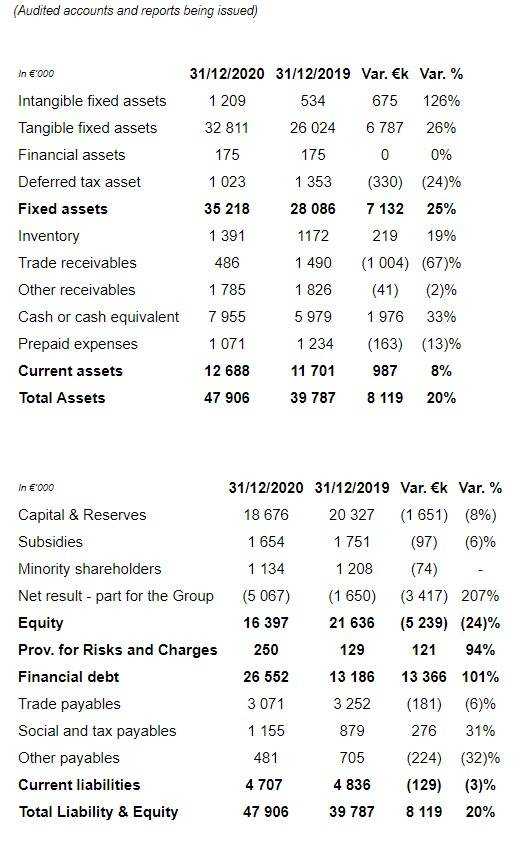 Corporation tax represents income of € 0.1 million and breaks down into a tax income of € 0.5 million linked to the research tax credit and tax credit for business development costs, a charge current tax of (0.1) M € for Ecoslops Portugal and finally a depreciation of deferred tax assets of Ecoslops Portugal of (0.3) M € in order to take into account the impact of the health crisis on the future use of tax loss carryforwards.
Source: Ecoslops

Can clubs like Belgrade’s Red Star ever win a European Cup again?