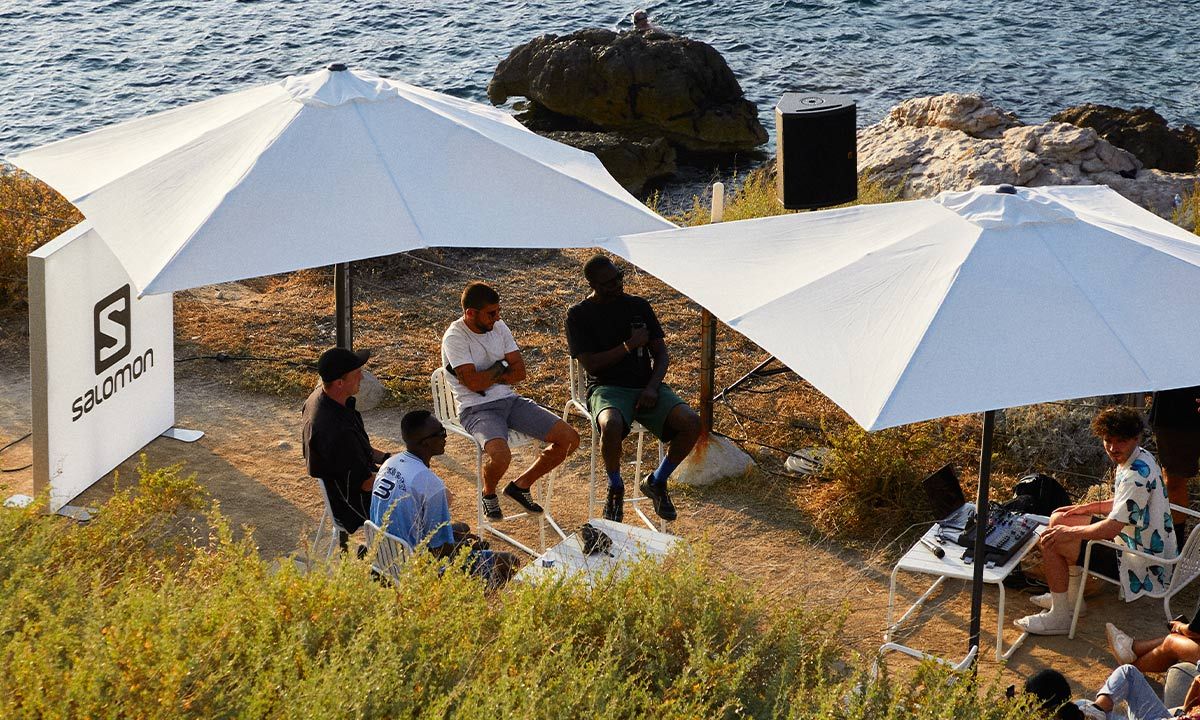 Everything you need to know about Salomon’s offsite events program

When you think of Marseille, you probably think of a port crowded with boats, winding streets with bistros serving bouillabaisse spilling out onto the sidewalk, or even its booming rap scene. France’s second-largest city is quickly establishing itself as a cultural destination, but travel a few miles south and you’ll find it’s also home to some of the country’s most spectacular coastlines. Les Calanques, a winding stretch of rocky coves that give way to a turquoise blue ocean, is a not-so-well-kept secret loved by hikers, cyclists and canoeists. Earlier this week, however, the sunny stretch drew a less expected crowd. The opportunity? Salomon’s first OFF-SITE experience.

Over the past five years, Salomon’s Advanced shoe platform has set a precedent for fusing technical performance and style, with models like the XT-6 leading the now well-mapped path between the spheres of the outdoors. and fashion. Still firmly a performance-driven brand, the reason Salomon launched a style-focused arm was to reach an audience their core performance line doesn’t reach and to introduce them to the world the brand knows. the best – the outdoors. The OFFSITE program goes even further, extending this ambition beyond the product into real experiences.

“We want people to enter Solomon’s world through cultural moments that they may be more familiar with – be it music, fashion, art, design,” says Alexander Van Oostrum, specialist global brand Salomon. “The brand was born in the French Alps and we believe that this connection to the sporting outdoors is something that should be accessible to communities looking to explore an emerging outdoor culture.

The first OFF SITE event did just that. The day began with a beach clean-up organized in partnership with the local association Clean My Calanques, which regularly organizes clean-ups in the region and runs environmental awareness workshops in local schools. Its founder Eric Akopian launched the initiative after being irritated by the amount of waste he saw thrown during his shopping in the Calanques. At first it was just him and his friends but, using mediums such as music, art and even comedy, the word spread. In just four years, they removed 32 tons of garbage from the area and, during the OFF SITE alone, the hundred or so guests collected 350 kilograms of garbage.

Between organizing the participants and running with sunscreen for everyone, Akopian tells me about the initiative. “Our project is to talk to people who don’t necessarily care much about ecology or nature. For us it is more important to work with someone who knows nothing than with someone who already recycles. It is a labor of love that they lead in their spare time, without funding or support from local government. “We love to do it because we love our city,” he shares.

This sense of community and responsibility for your city is something the event fosters – most of the attendees are from Marseille – as confirmed by S. Téban, a booming local rapper who performed. at the end of the evening. “The Calanques are our heritage,” he says. “We have to take care of it.”

After the clean-up, participants were invited to an exceptionally beautiful location by the seafront nearby to listen to a talk between Akopian, S. Téban, artistic director Moriba Koné and Salomon’s fashion program manager, Jean Philippe Lalonde, on techwear, fashion and its relationship to the environment followed by a performance by S. Téban and his friends.

Overall, the day summed up what Salomon’s ‘Sportstyle’ arm stands for – serious outdoor stuff but made accessible through avenues more familiar to a non-outdoor audience. Van Oostrum explains: “We want to create unforgettable experiences that are rooted in Solomon’s principles – immersion and exploration of the outdoors, protection of natural environments, enabling more diverse and inclusive communities – and bringing the energy of culture somewhere. unexpected, somewhere more ‘Solomon’.

Each OFF SITE experience will be unique and Salomon has not yet announced where and when the next one will take place. But, what you can be sure of is that wherever it is, you’ll want to be there. Since the venues for this event are gone faster than a collaboration with Salomon, you’ll need to register early, so be sure to stay tuned to @salomonsportstyle for any updates.