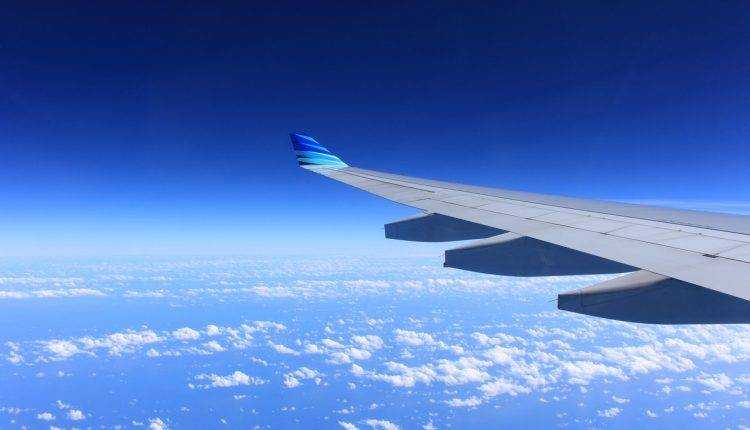 
The French government banned short-haul domestic flights when rail alternatives could cover the journey in 2.5 hours or less.

The bill, which was passed in the French parliament on April 10, will only apply to a handful of routes, such as those between Paris and Nantes, Lyon and Bordeaux. Connecting flights are excluded.

Aim to reduce CO in France2 1990 emission levels of 40%, the measure – which must be approved at the Senate level – was applauded by President Macron’s party, LaREM.

“We are committed to a profound transformation of the aviation sector”, we read in a tweet from the deputies of LaREM. “Favoring the train or other means of public transport over short distances makes good sense and is a key gesture for the climate.”

The deputies adopted last night the title “to move” of the #ClimateLaw : we are undertaking a profound transformation of the aviation sector.

Favoring the train or other means of public transport for short distances: it is common sense and a key gesture for the climate. pic.twitter.com/QjAel1DVeT

Not everyone in the political arena agrees with the bill. As reported by the Huffington Post France, Socialist deputies Joël Aviragnet and David Habib condemned the measure as “a measure of decrease and unemployment”, while Republican deputies denounced this decision while the industry is already on its knees in cause of Covid-19.

Industry Minister Agnes Pannerier-Runacher responded to the comments in an interview with European radio Europe 1. “We know that aviation is a contributor of carbon dioxide and that due to climate change , we need to reduce emissions, ”she said. “Likewise, we must support our businesses and not let them down.”

To support the industry, France recently granted 4 billion euros for the recapitalization of Air France, having previously allocated 7 billion euros to the carrier to help it overcome the Covid-19 pandemic.

Politicians weren’t the only ones unhappy with the outcome. According to the BBC, the French climate citizen had initially lobbied to do away with planes where train trips of less than four hours could be made instead.

The French consumer group UFC-Que Choisir carried out an analysis of the advantages of trains over planes. “On average, the plane emits 77 times more CO2 per passenger than the train on these lines, even if the train is cheaper (- € 4) and the loss of time is limited to 40 minutes ”, we read in the newspaper.

The bill has also received mixed reviews at the industry level. The airline pilots union SNPL said it was “quite disappointed with the government’s decision to ban domestic flights,” a union spokesperson told Airport Technology. “We need regulations at international or at least European level because if we only act at national level, [we’ll] reduce only the capacity of national carriers, without impact on the environment. “

Another transport organization has heated up at the news, highlighting what remains to be done.

“The shift from short-haul flights to rail is obvious, but it’s only a small part of the pollution from aviation. On average, more than two-thirds of airline emissions come from long-haul flights, which can only be carbon-free with cleaner fuels such as synthetic kerosene, ”said Jo Dardenne, Head of Aviation Transport & Environment .

“The French government should also impose the use of greener jet fuel and charge an efficient carbon price that forces airlines to fly cleaner.”

“Legislation like this and the use of National Resilience and Recovery Plans to advance ERTMS deployment and fleet renewal to advance low and zero emission technology options are steps tangible towards that green future that we can take today, ”added a spokesperson for the European Association of the Rail Supply Industry.

According to Greenpeace EU spokesperson John Hyland, what France plans to do should become the norm across the EU.

“Short-haul flights are extremely polluting and should be banned where an alternative connection exists, but the proposed French travel time limit of 2.5 hours leaves a large number of short flights still in service, including Paris-Marseille. – one of the first three domestic flights. flights in terms of greenhouse gas emissions, ”he said.

“The EU and European governments, including France, should ban all short domestic and cross-border flights when passengers can use less polluting transport such as trains or buses.”

France is not the first country to ban short-haul flights. In November 2020, Austrian airline Austrian Airlines replaced its short flights between Vienna and the city of Graz with three-hour train journeys.

The move – a partnership between the carrier and the Austrian Federal Railways – already has two other routes operating under the AIRail project.

“After Linz and Salzburg, we are now offering another region, namely Graz, the attractive AIRail offer which guarantees a safe and environmentally friendly journey to the airport, including an insured connection service”, says CEO of Austrian Federal Railways Andreas Matthä.

With the plane-to-train transition currently being discussed across Europe, will it be a compelling case for the UK?

According to a Twitter poll by British journalist Martin Lewis, a large majority of people would support a ban on all UK domestic flights if travel can be made by train in less than 2.5 hours. Out of nearly 75,000 votes, 45.4% of people over 40 support the decision, while only 10.8% oppose it. For people under 40, 33.7% were in favor and only 10.1% against.

By clicking on the “Submit” button above, you agree and acknowledge that your data will be used by Air Traffic Solutions Pty Ltd.

We will also collect and use the information you provide for specific and carefully considered purposes, where we believe we have a legitimate interest in doing so, for example to send you communications about similar products and services that we offer. We will always give you the opportunity to decline any future communication from us. You can read more about our legitimate interest activity in our privacy policy here. “We” includes Verdict Media Limited and other brands of GlobalData as detailed here.

Friction measurement systems and equipment for the airport industry