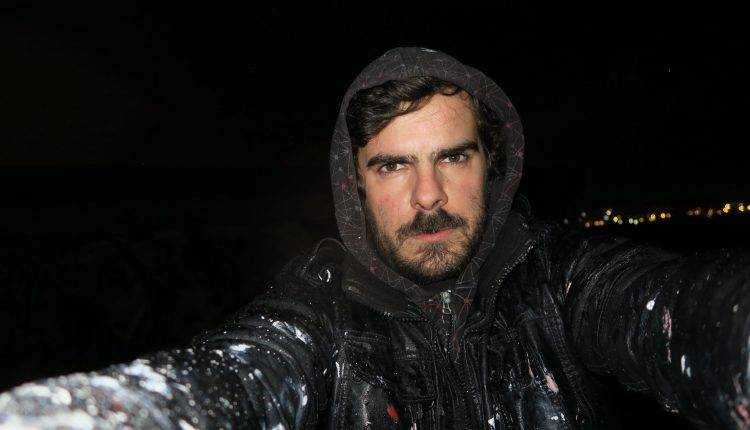 
Hams Klemens is part of the collective exhibition Allez la France which has just opened at Saatchi Yates that we managed to take a few minutes with him during the opening of the exhibition.

1 Go France – The French football team brought together French people of African, Arab and European descent to create harmonious unity to achieve the ultimate greatness of winning the World Cup – do you think France will ever be able to create a harmonious country for everyone to live and prosper?

I believe prejudice begins in adulthood. Having worked for years with young people from underprivileged districts of Marseille where football is omnipresent, I have observed a total absence of discrimination between the youngest, linked to their different origins. It would be my vision of a harmonious society

2 You paint on a large scale It must be such a relief that people can see your work in person – how has COVID affected you and your art practice?

I locked myself in my studio from the start of Covid, that’s when I started doing this series and managed to protect myself from the constant flow of information. I was lucky to have this personal space to devote myself to work and escape from our new reality. As if suspended in time through the series of locks, I felt it helped me produce with more focus. I spend most of my time outdoors so it was a new experience for me.

OM of course! I remember with emotion the quarter-final of the Europa League Marseille-Leipzig (5-2) where the last second goal was from Hiroki Sakai. Being from Marseille, I can tell you that the whole city was behind his team, transcending the origins; everyone is from Marseille first and foremost. We are lucky in Marseille, that the feeling of belonging to the city is stronger than the general opinion which divides.

4 How did you all meet? And how did you come up with the idea of ​​painting on shared walls?

We met through mutual friends in Marseille, Paris, Brest in France. We don’t meet very often, but we make sure to make time for each other, and it’s always a creative and inspiring experience.

5 Enjoyed the freedom the walls gave you to paint in any size anytime with no deadline no wait no pressure – how did you find the transformation into painting for one gallery especially one gallery in London?

Without betraying the medium, I try to remember the atmosphere of the tunnel as much as possible. The canvas hangs directly on the wall and I find a solitude between myself and the physicality of the surface. The abundant water in the tunnel is replaced by a bathtub placed in the middle of the studio. The echo is not purely nostalgic, because bringing all the tools there can be tedious and without falling into it, the comfort provided by the studio brings a precious balance. I like to keep this momentum, between adversity and security. London is indeed a change of perspective, but the emphasis is on work and I try not to put pressure on myself while I’m there.

6 How Saatchi Yates Found You

Via Instagram. Recently I have become more active on social networks than before, I had not realized the scale of the platform and that virtual connections could turn into real connections. It is in this perspective that it took me a long time to fully realize what was going to happen! – that the paintings really exist and the gallery owners too. Phoebe Saatchi and Arthur Yates finally came to Marseille and I showed them the underground tunnels where my paintings live; It was a great meeting.

7 What did you read, watch and listen to during the lockdown / Covid

As I said before, this was a good time to spend time in the studio in near self-sufficiency. My main trips have been between home and studio through deserted streets.

It was a strange but not unpleasant atmosphere, while listening to ambient and instrumental music like Terry Riley, Fuck Buttons, Dead Can Dance and texts in French like Renaud and Gainsbourg; what I found worked quite well with the ambience. I also took the opportunity to read Colum McCann’s This side of the brightness depicting, in two temporalities, the bowels of New York during the construction of the subway at the beginning of the 20th century and in them, the life of a homeless person in the present – a very realistic and captivating way of telling stories. I also read Sylvain Tesson’s book On the black roads, an autobiographical account of his crossing on foot of France by the wildest and less traveled paths.

Keeping a balance between painting in the studio and along the river, wherever the boat takes me. 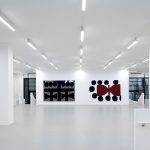 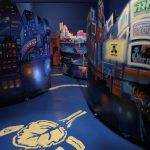 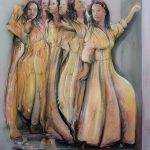 Opening this week is an exhibition of new paintings by London-based Swiss artist Pascal Sender at the new Saatchi Yates gallery. 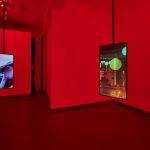