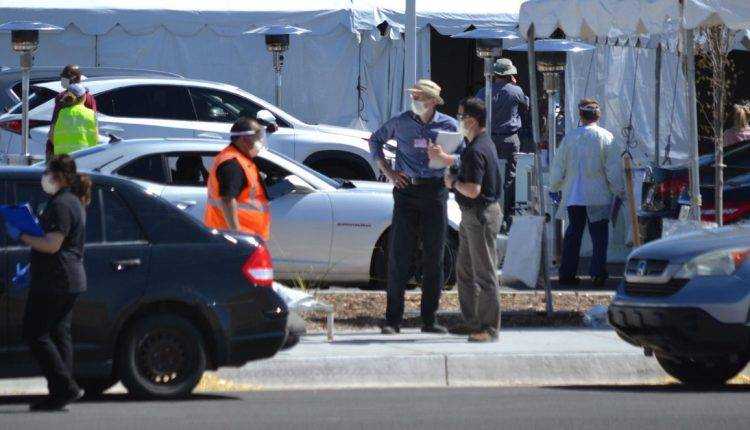 The state officially extended its public health emergency for COVID-19 until April 30, which included previous restrictions and added new restrictions, including limiting the occupancy of grocery stores and retail spaces deemed essential.

Governor Michelle Lujan Grisham on Monday signed an executive order renewing the emergency public health order. The State Department of Health also announced the new provisions of the public health emergency. She warned that if the new directions are not followed, she could enact new restrictions.

The new arrangements will come into effect on Tuesday at 8 a.m.

“We must relentlessly continue our fight against COVID-19,” Governor Michelle Lujan Grisham said in a statement. “These measures will help us prevent a sudden spike in infections that would overwhelm our healthcare system. This virus is still spreading, and we must remain vigilant about the physical distance from each other. And we will intensify the enforcement of non-compliance. “

Lujan Grisham had previously said the order would be extended.

The new ordinance says the maximum number of customers allowed in a grocery store or retail store deemed essential is now limited to 20 percent of maximum occupancy, as determined by the relevant fire marshal or fire department. Anyone waiting outside to be allowed entry should also keep a distance of at least six feet from each other.

The original ordinance had been amended to include limitations on visits to nursing homes, mass gatherings limited to no more than five people, the closure of restaurants and bars except for pickup and delivery, and the closure of all non-core businesses and nonprofits, among other changes.

Lujan Grisham has repeatedly said in press conferences that she will do whatever she can to reduce the spread of COVID-19.

From monday, 686 people in New Mexico have tested positive, including 12 people who have died. The state also claims that 133 of those who tested positive are designated as recovered by the DOH.

Across the country, the New York Times found that as of Monday afternoon, 357,036 people had tested positive for COVID-19 and 10,522 had died.

“The difference between a worst-case scenario and a best-case scenario for our state depends on your actions and the actions of those around you,” said Lujan Grisham. “It is a huge sacrifice to adjust our daily life in this way – but it is a sacrifice we must make in order to limit illness and death in our condition.