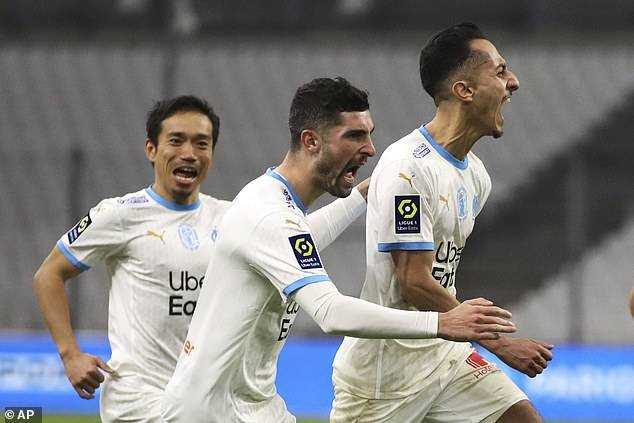 Marseille 3-2 Nice: Nasser Larguet finally brings the hosts back to victory in Ligue 1

Saif-Eddine Khaoui scored twice as Marseille beat Nice 3-2 at home on Wednesday to win a seven-game winless streak and move up to sixth in the French league.

Center-back Alvaro Gonzalez scored early in the first half and Khaoui added the second just before the break to put Marseille 2-0, both scoring their first goals of the season.

But Nice showed why it was unlucky to lose 2-1 to defending champions Paris Saint-Germain last weekend with a strong backlash. 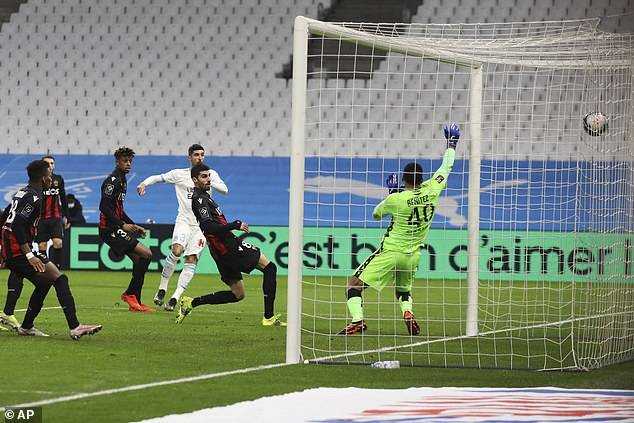 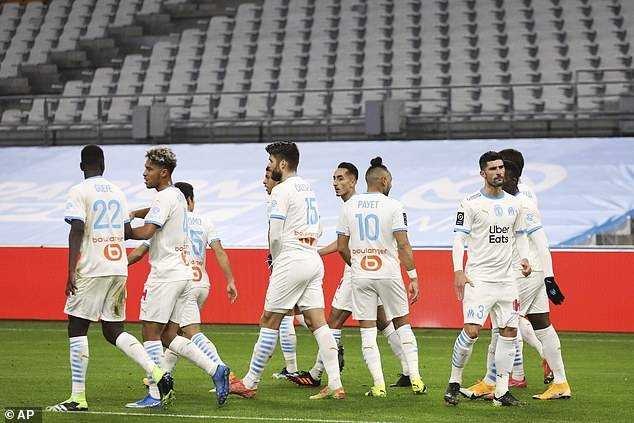 Alvaro celebrates with his Marseille teammates after a quick start

Forward Amine Gouiri scored a goal behind one minute after the start of the second half and, after Khaoui made it 3-1 with a powerful strike just inside the penalty area, Gouiri took set up the substitute Malik Sellouki in the 86th.

Then, in the fifth and last minute of added time, the impressive Gouiri stuck a free kick that shook the Marseille crossbar in an empty Stade Vélodrome.

Despite two good performances, Nice find themselves mired in 14th place and just seven points above the relegation zone after 25 of 38 matches. 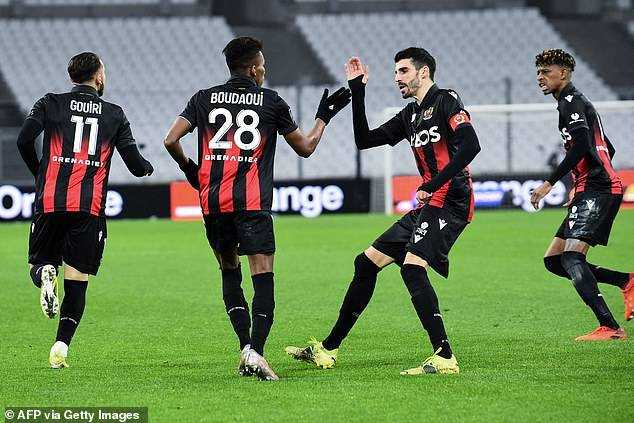 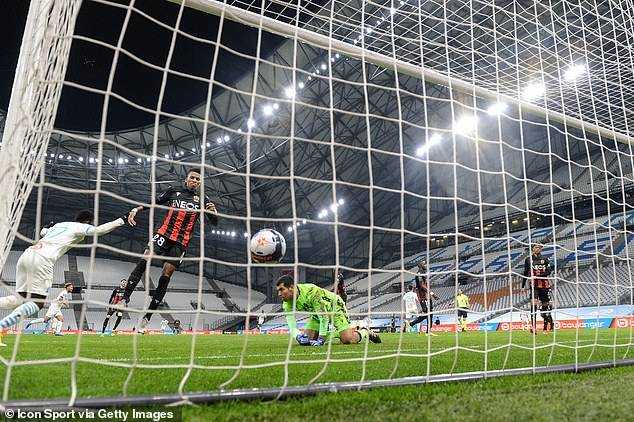 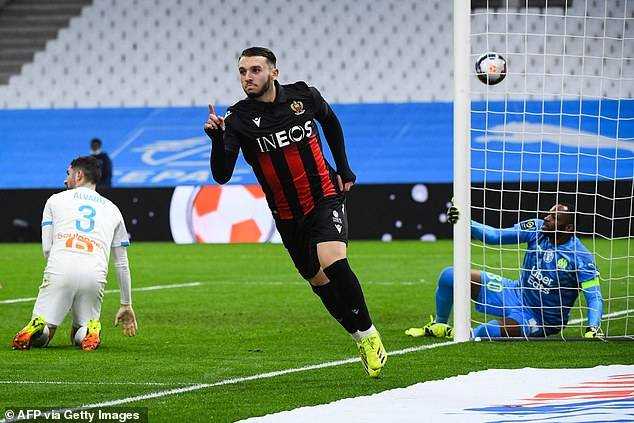 With a crowded schedule and the French championship in financial difficulty, Marseille President Jacques-Henri Eyraud believes it is time to reduce the size of the competition.

“I think playing in a league of 20 clubs is no longer sustainable,” Eyraud said on Wednesday. “We have to talk about a lot of reforms.”

Eyraud is at the heart of these discussions as a member of the board of directors of the French league and a member of the UEFA club competitions committee. UEFA is in the process of overhauling the Champions League which would add 100 more matches each season and potentially provide French clubs with a fourth place finish.

The pandemic has already meant squeezing more games over a shorter period of time this season and the burden on teams would increase further with an expanded Champions League.

“For Olympique de Marseille, we have been playing a match every three days for the past four months and this will continue to be the case in February and March,” Eyraud told the FT Business of Football Summit.

Exposing life in the world’s most famous prison