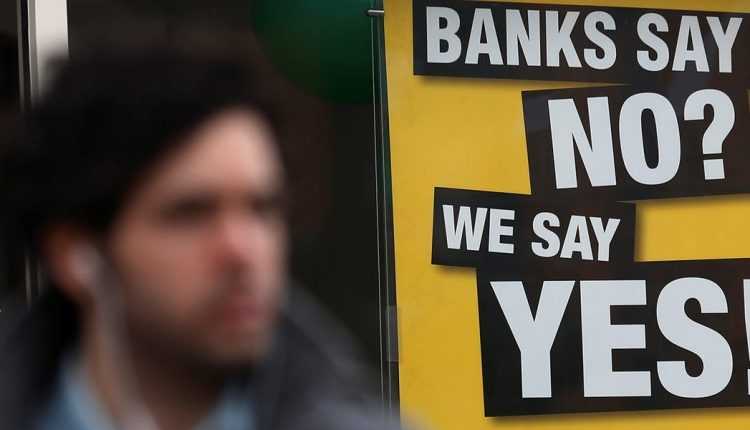 Payday lenders are attacking Americans during pandemic and must be stopped

Since the pandemic struck, the US government has remained woefully unable to provide the public with the resources they need to survive this health and economic crisis. Across the country people are facing reduction of unemployment benefits, mass evictions, and loss of health coverage, but lawmakers continue to target corrupt industries like predatory payday lenders.

Congress is currently deliberating on a fifth COVID-19 funding package. While predatory lenders received interest-free loans in past bailoutsThis time around, lawmakers must ensure that no penny of government aid falls into the hands of the payday lending industry.

This pandemic has exposed what is wrong with our economy and our political system, and a big problem is with payday lenders taking advantage of those who are most vulnerable when they need it most. Despite being extremely unpopular, the industry backed by Wall Street continues to thrive because of its ability to wield incredible power over lawmakers.

It is time for our government to stop supporting predatory lenders who prey on the most vulnerable and ensure that everyone has the financial resources they need to survive this crisis.

Short-term predatory lenders disproportionately targeted working poor, people of color and women. the lack of banks in predominantly black and minority neighborhoods, combined with discriminatory credit practices, it is difficult for people of color to take out traditional loans or open credit accounts. Payday lenders have grasped this disparity and are three times more likely to operate in black neighborhoods than in white neighborhoods.

These lenders advertise their loans as a short-term credit option to be paid off in a matter of weeks, however, the typical borrower is indebted for five months. The business model of payday lenders is to lure people into short term loans that they cannot repay. average interest rates as high as 661%.

Our current economic crisis is ripe for the predatory lending industry to invade and prey on vulnerable people who have no other option to access cash, and lawmakers are doing little to stop them. As the pandemic and the resulting economic crash left millions of people in desperate need of financial support to pay their bills, health care and rent, payday lenders are using their political influence to increase their profits .

The Obama administration required these lenders to ensure that their clients have a proven ability to repay their loans, saving consumers large debts and protecting them from predatory lenders. But these restrictions cost the payday lending industry $ 7 billion per year, and they have fought to eliminate him since Obama has been in power.

Recently, the Consumer Financial Protection Bureau has revised this crucial rule, allowing predatory lenders to profit as they see fit. Now that those restrictions have been lifted amid an economic crisis, the agency that exists to protect consumers is making it easier for predatory lenders to trap families in a never-ending cycle of debt.

The payday loan industry has a known history of buy politicians to push back the regulations. They are supported by hedge funds and private equity firms who make huge profits from loans that intentionally plunge people into endless debt. As a result, payday lenders and other predators have colossal financial resources to forge powerful political alliances inside Capitol Hill and block anything that threatens the profits of the industry.

Open Secrets data shows that lawmakers on both sides of the aisle have been bought off by the industry. Corruption goes to the top of the Trump administration.

Since the start of the pandemic, lawmakers have protected the payday lending industry

In April, a group of Republicans and House Democrats request the Treasury Department and the Small Business Administration to open Paycheck Protection Program loan applications to predatory payday lenders. According to recently published data Department of the Treasury, payday lenders have brought in millions of dollars from the P3 program.

This means that taxpayer-funded government assistance has been taken away from desperately needed small businesses and nonprofits and shifted to an operating industry that provides loans that people know people can’t. not refund. It is not surprising that the lawmakers who supported the distribution of PPP loans to predatory lenders are among the main beneficiaries of lobbying funds in the payday lending industry.

Lawmakers should seek all means to protect the most vulnerable, not unleash an exploitative industry to prey on those in desperate need of financial support during a crisis. With another stimulus bill being negotiated in Congress, it is imperative that lawmakers include provisions that prevent the payday lending industry from profiting even more.

Payday lenders will continue to exert their influence on lawmakers and prey on people unless we continue to speak out against their shady practices and the cowardly politicians who continue to serve their interests.

While politicians can be bought off and will look the other way, voters know it best. In November, Nebraskans have the option to approve an interest rate cap initiative by payday lenders, just like Colorado did in 2018. Voters have the power to limit the power of payday lenders , and other states should follow the lead of Nebraska and Colorado.

It is time to eliminate the corrupt influence of Wall Street and the predatory lending industry on our political system. We cannot allow these corrupt and predatory practices to continue to slip under the radar.