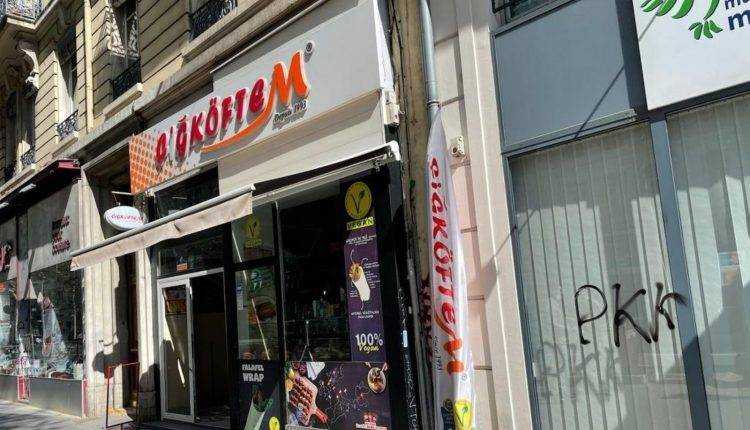 
Radical supporters of the PKK terrorist organization attacked a Turkish cultural center and other complexes in France, while the head of the Presidency of Turks Abroad and Related Communities (YTB) Abdullah Eren urged French authorities to act.

The incident took place in the commune of Marignane, where a group of 40 PKK sympathizers attacked the cultural center building with sticks and broke the windows on Thursday. They then threw torches and other items into the building and left chanting pro-PKK slogans, the Ihlas News Agency (IHA) reported.

Terrorism supporters also verbally attacked the Turkish people nearby, according to the report.

“PKK terrorist supporters attacked the Turkish Cultural Center and mosques in Marseille, France,” Eren said in a tweet, adding that this was the fourth time in a week that PKK supporters have targeted Turkish complexes.

Eren went on to urge the French authorities to take action against the violent attacks, which threaten public safety and security in the country.

Despite its status as a designated international terrorist organization with well-established criminal networks, the PKK enjoys relative freedom in European cities and enjoys a strong presence. The group is rarely the target of police investigations.

The PKK continues to use the territory of the European Union to disseminate propaganda, recruit new members, raise funds and for logistical support activities, according to a report by the EU police agency released l ‘last year.

Europol’s annual report on terrorism, entitled “Report on the situation and trends of terrorism in the European Union 2020”, noted that the PKK is actively involved in the dissemination of propaganda and fundraising in the European countries.

Turkey has long criticized European authorities for tolerating PKK activities in their countries and urged them to take tougher measures against the group’s propaganda, recruiting and fundraising activities.

Among the countries of Europe, France is known to have the closest links with the PKK, as the terrorist has received the support of several presidents, ranging from François Mitterrand to the current Emmanuel Macron, through various means.

Macron in particular has clearly shown his support, inviting members of the Syrian branch of the PKK, the YPG, to the Elysee Palace in April 2019.

The terrorists visited the palace as representatives of the Syrian Democratic Forces (SDF), which is dominated by YPG terrorists.

“Social Fast Food” and the beyond of a McDonald’s in Marseille: approximate translation: NPR

Ecoslops 2020 annual results: Significant strengthening of the economic model following the launch of Scarabox®; The 2020 fiscal year marked by the Covid-19 health crisis