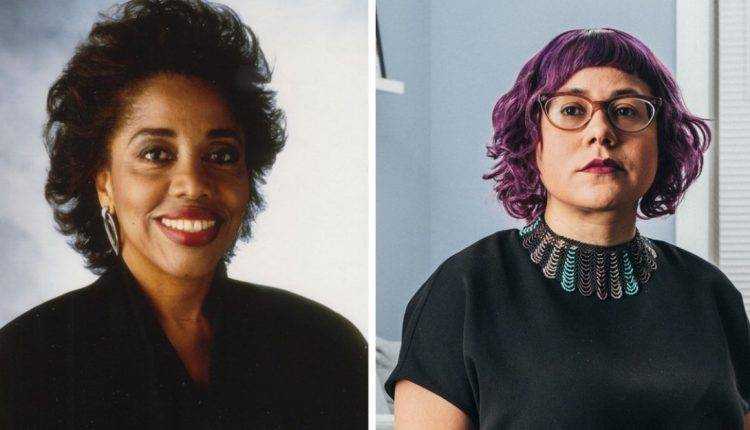 The talk, which will be hosted by ACO Artistic Director Derek Bermel, will be broadcast live and available for on-demand viewing for seven days. Tickets are free; registration is strongly encouraged. Participants will receive links to join the event, as well as recordings of featured works in advance.

ACO’s Composer to Composer series features great American composers conversing about their work and leading creative lives. Intergenerational discussions begin by exploring a single orchestral piece, with one composer interviewing the other. Participants will have an overview of the genesis of the work, its sound, its influence on the American orchestral canon and will be invited to ask questions of the artists.

On April 28, Angélica Negrón talks with Tania León about León Carabalí’s work for orchestra from 1991. James Melo writes in the note to the piece, “The title Carabalí refers to an African people of the West who rebelled against slavery, and whose saga continues through the cimarrones in the Caribbean region.The calm and introspective character of much of the play belies something that stirs much deeper beneath the surface in preparation for the final explosion, a carnival frenzy that seems to release all the energy accumulated in the previous sections. The trumpet calls at the end acquire a heroic and provocative urgency. “

Discussions between the composer and ACO composer will be archived by Oral History of American Music (OHAM) in the Irving S. Gilmore Music Library at Yale University.

The ACO also continues its series of free professional development panels co-hosted with the American Composers Forum, featuring panel discussions from esteemed industry professionals on topics such as diversity, equity and inclusion; Entrepreneurship and creation of a whole; Composition of the film; Fundraising via solidarity individuals; Programming and digital preservation; Publishing, self-publishing and management; Registration of law and practice; Production and recording of projects; and more. All panels are free and open to the public; registration is required.

Conductors Roundtable with Marin Alsop and George Manahan – May 5, 2021 at 5 p.m. ET
Conductors Marin Alsop and George Manahan provide an overview of the conductor-composer relationship, programming of new works, and other topics relevant to composers, followed by a question-and-answer session with the public. ACO Artistic Director Derek Bermel greets.

Programming and digital curation – May 19, 2021 at 3 p.m. ET
How does traditional programming change when it is focused online? Where is classical music heading in the digital age? American Composers Orchestra CEO and President Melissa Ngan leads a panel of experts including Keith Obadike, creator of music, art and literature; Mendi Obadike, creator of music, art and literature; Paola Prestini, composer, co-founder and artistic director of National Sawdust; and Kamala Sankaram, composer, performer. A question-and-answer session with the audience will follow the group discussion.

Tania León (born in Havana, Cuba) is highly regarded as a composer, conductor, educator and advisor to artistic organizations. Recent commissions include works for the New York Philharmonic, Los Angeles Philharmonic, NDR Symphony Orchestra, Grossman Ensemble, International Contemporary Ensemble, and pianist Ursula Oppens with the Cassatt String Quartet. Appearances as guest conductor include the Orquesta Philharmonique de Marseille, the Gewandhausorchester, the Orquesta Sinfonica de Guanajuato and the Orquesta Sinfónica de Cuba. Upcoming premieres include commissions for the NewMusic USA Amplifying Voices program, the League of American Orchestras in honor of Jesse Rosen, the Musical Fund Society of Philadelphia to celebrate their 200th anniversary, and for chamber choir The Crossing with Claire Chase. , flautist, among others. A founding member of the Harlem Dance Theater, León established the Brooklyn Philharmonic Community Concert Series, co-founded the Sonidos de las Américas Festivals of the American Composers Orchestra, served as New Music Advisor to the New York Philharmonic and is the Founder / Artistic Director of Nonprofit and Festival Composers now. His honors include the New York Governor’s Lifetime Achievement, the American Academy of Arts and Letters and the American Academy of Arts and Sciences awards, and the ASCAP Victor Herbert Award, among others. She also received a proclamation for Composers Now by the Mayor of New York and the MadWoman Festival Award in Music (Spain). León has received honorary doctorates from Colgate University, Oberlin, and SUNY Purchase College, and has served as the American Artistic Ambassador for American Culture in Madrid, Spain. Professor Emeritus CUNY, she received a United States Artist Fellowship in 2018.

Puerto Rican-born composer and multi-instrumentalist Angélica Negrón writes music for accordions, robotic instruments, toys and electronics as well as for chamber ensembles, orchestras, choirs and films. His music has been described as “nostalgically idiosyncratic and contemplative” (WQXR / Q2) while the New York Times has noted his “ability to surprise”. Negrón has been commissioned by Bang on a Can All-Stars, Kronos Quartet, loadbang, MATA Festival, Brooklyn Youth Chorus, Sō Percussion, American Composers Orchestra, and the New York Botanical Garden, among others. She has composed numerous film scores, including Landfall (2020) and Memories of a Penitent Heart (2016), in collaboration with filmmaker Cecilia Aldarondo. Upcoming premieres include works for the Dallas Symphony Orchestra and National Symphony Orchestra, the Philadelphia Opera House, the LA Philharmonic, and the NY Philharmonic Project 19 initiative.

More information on the American Composers Orchestra and resources on American orchestral composers are available online at www.americancomposers.org.

Home hunt in France: a medieval estate near Provence for $ 3 million