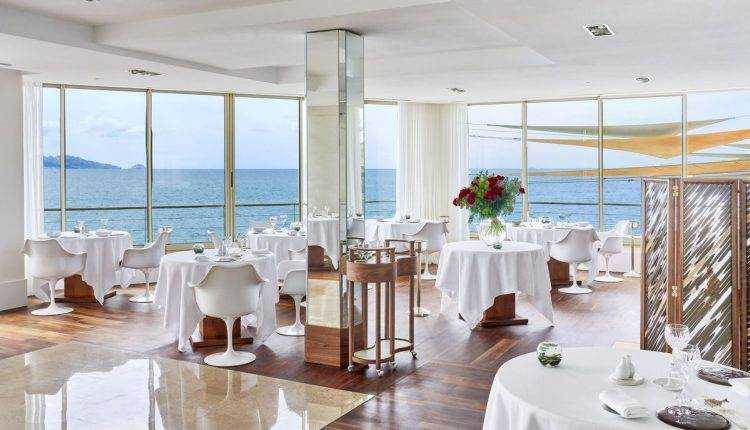 
French chef Gérald Passedat, 60, reigns supreme in the serene coastal setting of his restaurant Le Petit Nice in Marseille – a bastion of gastronomic excellence that has held three Michelin stars since 2008 – housed in a magnificent villa and boutique – five star hotel facing the horizon and overlooking the Mediterranean Sea. It offers its customers a generous menu, inspired by seafood and soaked in sunshine, filled with the flavors of the south of France.

Third generation to take the helm of Petit Nice, it is the baker-pastry-maker grandfather of Passedat, Germain, who founded the family business in 1917, and his father, the opera singer-songwriter, Jean-Paul , which earned it its first Michelin star in 1977 and a second in 1981, while transforming it into a luxury hotel. Succeeding his grandfather and his father at Petit Nice came naturally to him. “It was obvious because at that time, Marseille was not really well seen and it was a kind of revenge,” he explains. “I always told myself that in my life, I would try to build, next to my city, something credible, and not to leave Marseille in its descent into hell because it was a city without law, but which had extraordinary geographic potential. Now he is back in the right direction. It’s good to see that in my lifetime.

After studying traditional cuisine at the age of 14, attending the hotel school in Nice, Passedat then worked at the Coq Hardi in Bougival, the prestigious Bristol and Crillon palace hotels in Paris, with the Troisgros brothers in Roanne and Near Eugenie. with Michel Guérard. In 1985, he entered the kitchens of Petit Nice as his father’s apprentice, before taking over in 2000. But it was not easy to find his place within such an impressive culinary heritage, imposing its own style while respecting the DNA and the family tradition established by its ancestors.

Passedat remembers how he established his own identity at Petit Nice: “At the beginning, very slowly, with a lot of humility and respect, I looked at what was being done in my father’s time, then I watched what we were doing. We were doing haute cuisine, with poultry, beef, etc., but that wasn’t really what this place was saying. This was not what the Mediterranean offered us. I have always believed that cuisine should be territorial, that it should be influenced by where we are, so that people who come from all over the world can understand the terroir of the place where we are. That’s why I did an about-face, only cooking fish and shellfish, which was not easy at first because in a restaurant, you can normally find almost everything you want: meat, fish. , shellfish, vegetables, pasta, pâtés. So I decided to restrict all of this.

Inspired by the many marine treasures offered by the Mediterranean before his eyes, Passedat imagined many seafood recipes paired with vegetables and herbs from Provence with which he made a name for himself. Its seafood cuisine is deeply attached to the neighboring land with its fiery and fragrant flavors. He turned to Marseille fishermen to find fish long forgotten or ignored. While no one dared to work with modest fish like whiting, hare, pitchfork, dentex, sea bream, bonito, porgia and moray eel, more than 70 species parade through its kitchens season after season today. . Rather than inventing something, he went back to basics, glorifying local ingredients, just like his ancestors who ate what they found in their immediate surroundings. It was a matter of common sense; he chose to work as close as possible to nature.

Awarded the French title of Chevalier de la Légion d’honneur in 2010, Passedat freed the Phocaean city from its gastronomic vacuum. Recalling that haute cuisine is the fruit of great discipline, where time and work determine excellence, he is one of the only three-star chefs in Marseille, alongside the newly crowned French chef, Alexandre Mazzia. Passedat continues to forge its own path by bringing together chefs from its region to promote Mediterranean cuisine through the Gourméditerranée association (which now has 70 chefs), and by overseeing Le Môle Passedat in Marseille since 2013: three different culinary experiences and a cooking school within the Museum of European and Mediterranean Civilizations.

In 2016, the Albertine de Passedat restaurant opened on the quays of Marseille, but has since closed due to skyrocketing rents and being in the wrong place. His assignment in his first Parisian restaurant, Brasserie Lutetia, located in the legendary Hotel Lutetia on the left bank of the city, may also have ended, but he is always open to new opportunities and wants to continue working so that Le Petit Nice remains one of the 100 best restaurants in the world. He concludes: “Nothing is closed. All options are on the table. “