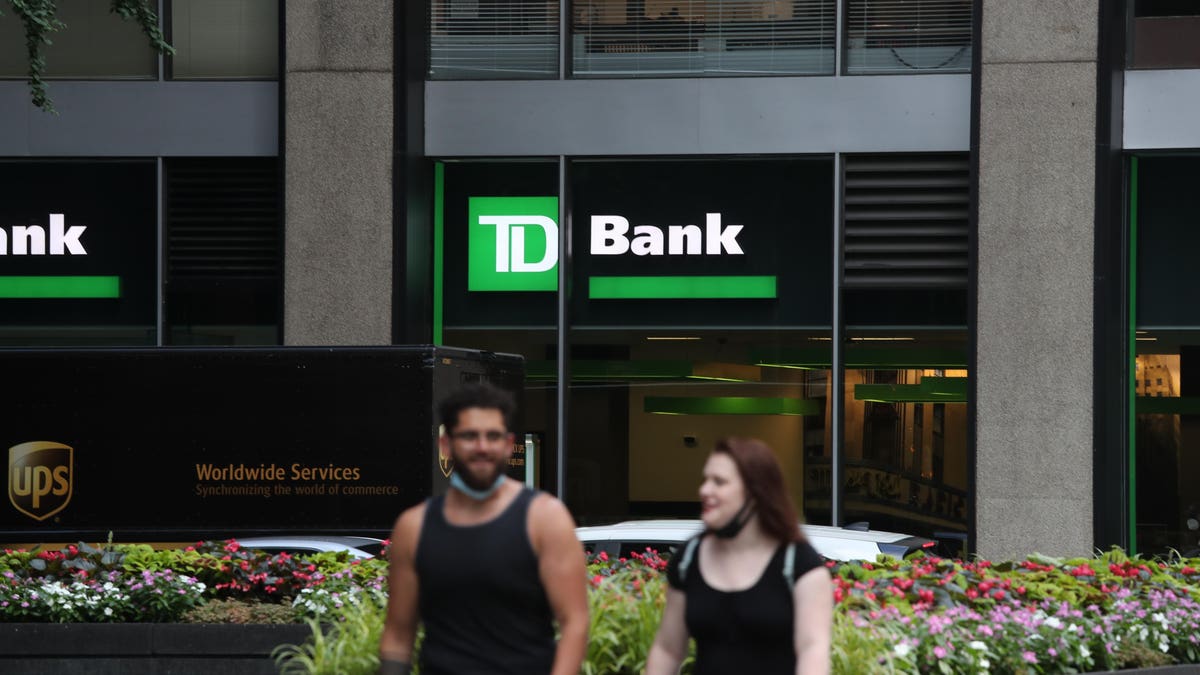 Based in New Jersey TD Bank said On Thursday, it will close 81 of its 1,223 branches in the United States by April.

Last week, based in Cleveland KeyCorp said it will close at least 70 branches, or about 7% of its total network, by the middle of the year, as more customers switch to digital transactions.

Huntington Bancshares of Ohio recently announced the closure of 198 branches as part of its planned acquisition of TCF Financial Corp. of Detroit, by the second quarter of this year.

Bank of Hawaii recently announced the closure of 12 branches, while National Bank Holdings of Colorado will close seven branches by June 30.

Analysts point to various factors driving branch closures, including the rise of mobile and internet banking, the presence of unprofitable branches, and the pace of bank mergers, which often render multiple locations in a geographic area unnecessary.

The COVID-19 pandemic has introduced a new wrinkle, having prompted more fearful customers to bank online – for example, Wells Fargo saw a 35% increase in the number of checks deposited digitally between March and May from l ‘last year, said the bank Financial Time.

According to National Coalition for Community Reinvestment, the number of bank branches in the United States decreased by 5.1% between 2017 and 2020 to reach 81,586. Since the financial crisis of 2008, the annual rate of closures has accelerated – as such , more than 4,400 branches were closed over the 2017-2020 period alone. For example, Atlanta-based SunTrust and North Carolina’s BB&T, which merged in late 2019 to form Truist, closed 565 branches between 2017 and 2020, or 16.5% of their total combined branch network. Since 2017, Capital One has closed at least 32% of its branches, according to the National Community Reinvestment Coalition, an advocacy group. In September, CEO of KeyBank Chris Gorman has warned that the pandemic has accelerated his bank’s digital transformation by five years. The disappearance of branches in poor neighborhoods often leaves residents vulnerable to alternative sources like payday lenders who charge usurious interest rates of up to 500%, while local small businesses are left with few sources of lending. Since 2017, every state in the Union has experienced a net loss of branches, with around a quarter of these closings occurring in low to moderate income neighborhoods with a large minority population. In all, since the 2008 financial crisis, more than 13,400 branches have disappeared, representing 14% of all branches.

“The impact of these closures is serious, especially in low-income rural and urban communities where there are few branches. These closures also make it more difficult for local businesses to obtain loans to expand their businesses, and in high-income and low-to-moderate income communities that already lack many branches, even a small loss is of particular concern, ”he said. said Jesse Van Tol, CEO of National Coalition for Community Reinvestment.

What to watch out for

Greg McBride, chief financial analyst at Bankrate.com, said Forbes As more and more routine transactions go digital with the advent of technologies such as live chat, video kiosks and voice response, the trend of branch consolidation will continue. McBride added that consumers in rural areas are most at risk of losing access to branches, although community banks and credit unions may absorb some of these customers, but only to the extent that they can also maintain branches in these areas.